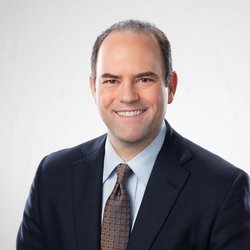 Christopher Zook is the Founder, Chairman, and Chief Investment Officer of CAZ Investments. He has more than 30 years of experience investing in both traditional and alternative asset classes. Christopher was recently honored with the Texas Alternative Investments Association’s (TAIA) Lifetime Achievement Award in recognition of his contribution and sustained support of the industry in Texas. He is a regular contributor to major media outlets, including CNBC, Fox Business, and Bloomberg. Prior to starting CAZ Investments in 2001, Christopher served in senior leadership positions with Oppenheimer, Prudential Securities, Lehman Brothers, and Paine Webber.

Christopher is actively involved in public policy and frequently serves as a resource to state and local officials. In 2019, Governor Greg Abbott appointed Christopher to the State of Texas Pension Review Board, where he serves as Chair of the Investments Committee. He also recently served two terms as a member of the Greater Houston Partnership’s Executive Committee and is a past President of the “C” Club of Houston.

Christopher is a graduate of Texas Tech University where he was honored as a Distinguished Alumni. A lifelong Houstonian, he is a former Vice-Chairman of the Deacons and serves on the Finance Committee at Second Baptist Church. He has held leadership positions on a variety of charitable boards, including his current role on the board of Elizabeth Ruth’s Home, an organization helping adults with autism. Christopher previously served as President of the Board of Trustees of Avondale House and President of The Children’s Fund. He is a proud father to Christopher, Jr. (and daughter-in-law, Cecelia Zook, and grandson “Tripp”) and husband to his high school sweetheart, Lisa.

< back to the team