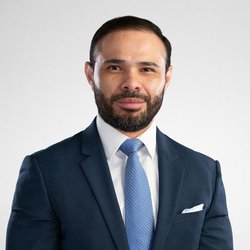 Carlos Castro serves as Director - Investment Strategies. He is responsible for sourcing and evaluating investment themes as well as monitoring existing investments, with an emphasis on co-investments in venture capital and private equity. Carlos also serves on the firm’s Investment Committee.

Carlos started his career in energy finance and M&A and has spent the last 10 years in entrepreneurship, venture capital, and private equity. Most recently, Carlos was the Director of Venture Capital and Private Equity for Covariance Capital, a subsidiary of TIAA with over $3 billion in AUM. His track record in alternative investing includes partnerships with blue-chip venture firms, top quartile buyout firms, as well as co-investing in several technology unicorns.

While originally from Nicaragua, Carlos is a proud Houstonian, having called Houston home for over 30 years with stints in upstate New York and Boston. He is a graduate of the University of Houston and holds an MBA from Cornell University. While at Cornell he managed the university entrepreneurship incubator, eLabs, invested from the university’s Big Red Ventures seed-fund, and played rugby.

Carlos is a race and exotic car enthusiast, football and basketball fan, and loves doing ballet and playing soccer with his four-year old daughter.

< back to the team